Established in 1996 by the Paduan entrepreneur Federico Bano, the foundation was conceived with the aim of promoting, protecting and highlighting the local and national historic and artistic heritage. Its projects and activities have always been based on a philosophy of “conservation and participation”, thereby representing the principled example of a private individual capable of taking on the real responsibility of protecting and enhancing art and culture. The rescue and restoration of the historic Palazzo Zabarella was the first tangible act able to turn this prospect into reality. The complex thus became the perfect identifying premises of a major, multi-purpose cultural centre, a prestigious context for the exhibition of art and an active workshop for historical-artistic study and research. Very close attention is paid to the scientific quality of the events, though without ever neglecting a suitable level of spectacle, capable of involving the public and in this way allowing them to better and more personally enter into the atmospheres and the artistic and cultural ideas presented. Indeed, since 1997, starting from the inaugural exhibition on the French painter Maurice Utrillo, the foundation has presented an articulate exhibition event every year. Over these long years of activity the major exhibition and cultural events have been opportunities for an engaging examination of artistic movements and major Italian artists of the nineteenth and twentieth centuries. Exhibitions of absolute scientific value, interpreted with the aim of offering the public the chance to enjoy a cultural proposal of refined quality and capable of combining fascination and scientific rigour, have featured Balla, Hayez, Caravaggio, Bernini, Mengs, Picasso, the Macchiaioli, Boldini, De Chirico, Signorini, Canova, Modigliani, Symbolism in Italy and much more.

Over the course of its activity the foundation has always programmatically worked towards exemplary cooperation with local bodies, superintendencies, leading museums and with private collectors and cultural institutions all over the world. The resultant firm ties of respect are a further cultural and relational wealth that the foundation has been able to establish and increase over the years. This has allowed Palazzo Zabarella to borrow works of absolute importance and artistic significance, which is an indispensable methodological and cultural premiss for pursuing the unqualified, programmatic quality of its cultural and artistic proposal, furthermore always strengthened and confirmed by significant public and critical success. Its activity is also documented by prestige publications and exquisite catalogues edited by leading international experts of the historic and artistic period in question. Indeed, the cultural direction of the Fondazione Bano is entrusted to Professor Fernando Mazzocca, assisted in this by a precise 2 selection of scientific advisors and art historians of international standing, including Paolo Baldacci, Maria Vittoria Marini Clarelli, Francesco Leone, Steffi Roettgen, Carlo Sisi, Ettore Spalletti and Guy Tosatto. The Fondazione Bano has thus rapidly asserted its place among the leading cultural institutions in Italy and around the world. But, similarly, one also capable of programmatically offering the people of Padua that place of excellence whose aim is to usefully work with the city’s other institutions - public and private - and thereby help reposition the city in its proper context - real and perceived - as an important and active link in the national circuit dedicated to the creation and promotion of quality cultural activities in the field of art. 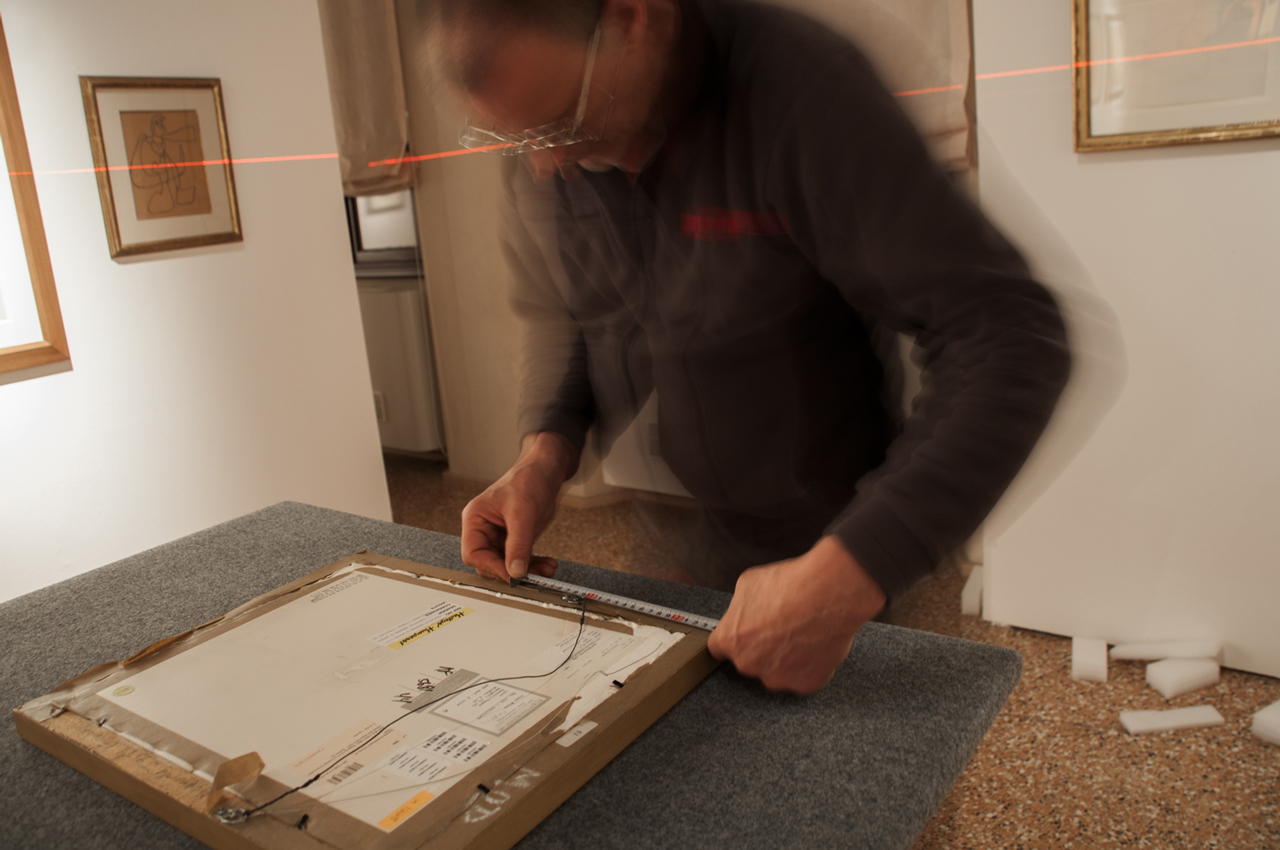 Every year since it was established in 1996, the Fondazione Bano has been engaged in planning and presenting art exhibitions of an international standing. These are of great scientific significance and represent the culmination of new lines of investigation, study and research carried out with the foremost experts and specialists in the sector. The synergy with local bodies, superintendencies and public institutions, along with close relations of cooperation established over the years with major museums and private collectors all over the world, have allowed masterpieces of great artistic merit and inestimable value to be brought to Palazzo Zabarella - the foundation’s splendid premises - over these years. The foundation’s exhibition activity - always documented over all these years by catalogues and scientific publications written by internationally renowned scholars - began with the first anthological exhibition on the French painter Maurice Utrillo in 1997. Since then the Palazzo Zabarella rooms have continued to host exhibitions of great merit and quality intended to combine a fascination for artistic beauty with a passion for scientific research.

The Fondazione Bano also works in the complex discipline of restoration. Indeed, its aims include the conservation, enhancement and recovery of works of art. Such work is often expressed on the occasion of the exhibitions and relative loans of precious works, thus providing a further example of the close and profitable association with private collectors, rather than with museums and public institutions, which has always been an integral and distinctive part of the foundation’s aims.

The Jole Veneziani Archive is the result of years of studying, listing and cataloguing material from the famous designer’s historic studio. This immense task has been carried out by the Fondazione Bano in association with Padua University’s Fashion Culture and Technology degree course and the IUAV of Venice. More than 15,000 pieces - garments, fabrics, drawings, photographs and accessories - can thus now be appreciated. These are conserved at Palazzo Zabarella in order to safeguard and highlight the cultural and material bequest of one who, in 1951, was one of the founders of Italian high fashion and thus the entire system of Italian production. The Archive offers extraordinary documentation - also photographic - of Italian history and society in a crucial period between the second half of the 1930s and the 1960s. It thus represents a unique opportunity to study and make direct contact with the distinctive creativity of Italian fashion as a whole and the fascinating achievements of one of its most important interpreters.

The Fondazione Bano is very aware of the central importance of young people and their potential, also in the cultural field. It therefore offers them educational and study opportunities aimed at helping train the future generations of specialists, scholars and promoters. So in this perspective the foundation promotes every possible form of exemplary association with Italian universities by offering internships at its prestigious premises, Palazzo Zabarella, specifically designed with the needs of students and researchers in mind and at heart.

Stay updated on our exhibitions and activities